This ambient album is a combination of de Salem’s musical knowledge and his understanding of the natural world.

The unique rhythms and melodies presented by de Salem will intrigue listeners’ minds as they settle in for a period of reflection.

From Geneva, Switzerland, Michael de Salem was a young man when he first began noticing the social injustices that exist in the world. Also keenly interested in the natural world, de Salem studied physics at the University of Geneva, and became particularly concerned with the unsustainable treatment of the planet. This was the first inspiration he had to engage people’s consciousness to alter their behaviors and attitudes.

The solution, posited de Salem, was to ensure spiritual connectedness with nature. It was then that then musician decided to express himself using his newly discovered love and skill for music. 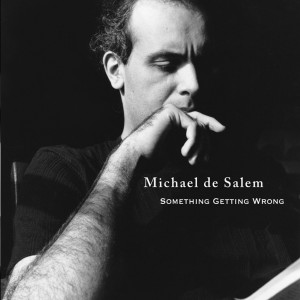 Something Getting Wrong was created with the goal of “opening the mind to freedom of expression” with emotional reflections inspired by the purposeful melodies. de Salem composed and produced the album as an interpretation of his perspectives on global imbalances of human and environmental rights. As a self-taught musician and expert of the natural world, de Salem hopes to inspire people’s consciousness by encouraging them to look at not only the injustices but the positive aspects about humanity.

The album features nine distinct tracks, all of which offer their own interpretation of the state of the world. I was most intrigued with “Higher,” a song highlighting, among other instruments, bells and the piano, as it gave me the sense of a mystic journey. “Metropolitan” is the first song of the album, and it reminded me of a soundtrack to a movie scene accompanying a downtown setting at night with its featured sounds of sirens. There is a sense of curiosity in “Tribal Interlude,” as it hooks listeners early and unveils for them the gradual building of intensity. “Something Getting Wrong” showcases an electronic-inspired rhythm and an almost jazzy-type feel to it. Listeners will appreciate the moods of reflection encouraged by both “Sentimental Stops” and “Remind.”

Complete with a unique sound that is achieved perfectly, Michael de Salem’s album Something Getting Wrong will not leave listeners bored or distracted. It’s the perfect soundtrack for new age lovers seeking a musical backdrop to their journeys of reflection.

To hear song samples, please click > Something Getting Wrong by Michael de Salem