With roots in neoclassical music, Enfroy’s musical journey with soothing cinematic piano music in Unconditional is assisted with production from by chart-topping duo 2002.

Listeners can expect to transcend into a world of emotional and spiritual relaxation with the magic of this new age piano soundtrack. 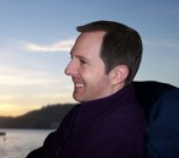 Marc Enfroy was exposed to music at an early age. One of his first influences was his grandfather, country musician Bradley Kincaid. At eight years old, Marc began playing the keyboard, and throughout his teens he developed an ability to play by ear with his guitar.

Enfroy delved deeper into the musical world as a self-therapeutic exploration following the death of his sister from melanoma in 2006. With his self-taught musical composition skills, his debut album, Unbounded, was awarded Best Neo-Classical Album in 2008 by NAR Lifestyle Music Awards. His follow-up neo-classical album, Awakening, was a finalist for the 2009 Zone Music Reporter Awards.

Enfroy’s Unconditional is described as a celestial soundscape, most evident with the subtle and mystical composition of “Uniqueness.” From the inspirational chords of “Peacefulness” to the reassuring notes of “Reaching Authenticity,” Enfroy has worked his magic with this beautiful instrumental album. 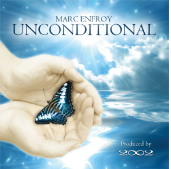 My most favored track of the album, “A Beautiful Soul,” is surely one to inspire listeners into a state of reflection. Enfroy composed each song with the purpose of encouraging listeners to focus their energy and love on themselves, as unconditional self love will harbor greater self awareness and greater gifts of love to others. This purpose is quite evident as each song demonstrates to listeners Enfroy’s ability to create emotional constructs with his compositions, in particular the title track, “Unconditional.”

Unconditional is a beautiful album filled with the sounds of piano, guitar, choir, flutes, and bells. The result is what Enfroy calls cinematic piano music, the perfect soundtrack for anyone participating in mental and physical relaxation techniques like meditation, yoga, or massage therapy.