Review of Paradise Lost & The Promise by Michael P Stribling

Michael Stribling, the artist behind the CD the Promise inspires listeners to relax and unwind while connecting to a vaster perception of life.

Electronic instrumentation and a combination of melodic and ambient music provide a background for inspiring the listener to take an inward journey.

Each song builds on the next with a purpose. You can easily understand why, when you learn that Michael formed his website,  “Leela Music (leela means “divine play”) to undertake a very simple mission: to help others in their journey toward wholeness through the gift of music, by creating works that inspire and uplift the human spirit.” The ZoneMusicReporter choose this CD as its number two pick for October. 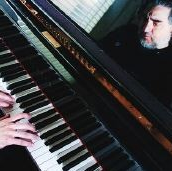 Paradise Lost is the seventh CD release from visionary musical artist Michael Stribling. In this latest CD release, Stribling uses his music to masterfully tell the stories of the Native Americans.

Paradise Lost is Stribling’s commemoration of all the Native Americans who lived by their creeds, fought, died, and stayed true to their spirit of destiny. Each of the tracks on this twelve track CD tells a part of the story of this brave, strong, and peaceful indigenous peoples.

The songs are relaxing, mesmerizing, and make the listener feel the connection to the Native Americans of yesterday and today. The music is not sleepy but rather mystifying and calming.

The CD is divided into three separate and unique themes each honoring the way of life of the Native Americans.

The first group of musical recollections takes a look at clear majestic landscape of the peoples from the past, staring with “Prairie Dawn.” You’ll hear the French horn, the flute, and the synthesizer in this group of songs. 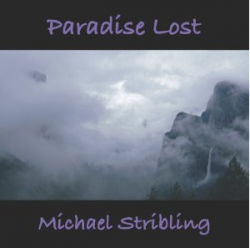 Next is the group of songs beginning with “March of Destiny” that takes a look back at the battles that ensued over lands. The third group explores the lost of humanity and lands by the Native American people and begins with the title song of the CD Paradise Lost.

I really liked the fourth track on the CD, “Eagle Above, River Below.” This song seemed to take me away to ultimate and true peace. Each song on Paradise Lost does seem to tell a story to the eager listener. This music is calming, relaxing, and a true story through music.

This CD is an impressive tribute to a people that our society could stand to learn a great deal from today. Give it a listen and you’ll be swept away gently to a land of lost dreams and gentle spirits.

When it came time to review Stribling’s CD, I contemplated the title name.

A promise can be words that bring peace, clarity, and beauty. Michael Stribling’s new CD The Promise does the same to the listener. An eclectic blend of traditional musical instruments along with more modern sounds creates a harmonious, inspiring CD sure to uplift the spirits of all listeners.

With tracks that range from soft and quiet to ones that are more energetic and moving The Promise has something for every listener. This CD is great for work, long drives, or just milling about the house on a lazy Saturday afternoon.

If music inspires you and you know well its ability to transform the ordinary day to one of adventure and wonder you’ll want to grab a copy of The Promise for your own music library.

I loved the subtle stirrings of Track 6 with its comforting rhythm coupled with subtle sounds that leave the listeners’ imagination to explore worlds beyond. Energize with Tracks 2 and 3 that gently add enthusiasm to your day and brighten even the dullest day.

Music for Looking Within

This CD makes an excellent companion for meditation, yoga, or any other type of time you devote to looking within for direction, love, and peace. In fact Stribling says himself it’s the mission of his music to “to help others in their journey toward wholeness through the gift of music, by creating works that inspire and uplift the human spirit.”

This mission shines through in The Promise. And it should. Stribling began playing the piano at age 7. He also learned to play violin, clarinet, and the guitar. He progressed through several musical stages but explains that once he heard The Beatles he picked up the drums and never looked back. 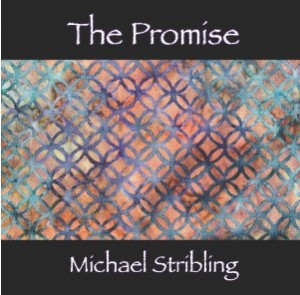 He spent much of his life in the throws of rock and roll playing the drums for Johnny Mathis, announcing on a rock radio station in the 70’s, as well as composing, producing, engineering, and spending time in musical theatrical productions. He then returned to grad school and became a marriage counselor where he worked for many years only to find himself back with his first love – music – in 2005.

Stribling says his musical influences come from the music of Jimi Hendrix and Frank Zappa as well as J.S. Bach and Igor Stravinsky to name only a few of his favorites.

Stribling’s music on The Promise is a blend of peaceful, imaginative, and positive energy. With subtleties only caught with several listens this CD deserves a spot in your musical library.

Listen at Amazon > The Promise by Michael Stribling