Cinematic by Spencer Brewer is a 2 CD Set.

The music is composed, engineered and produced by Spencer Brewer and released by BMI.

It is like getting a “two for one” deal. One of the albums contained in the set is titled Black and White while the other is entitled Technicolor.

The Black and White album contains 13 cuts of solo new age piano tunes, which are meant to bring to mind film music.

The Technicolor album contains 10 of the same cuts, but with added instruments deepening the musical soundscape, plus four other cuts not found on Black and White.

In fact, the cover art of the two-disc set is a Dali painting musical instruments melting in the Dali style and female performers without faces. If you are a fan of Dali, you’ll love the cover before you even begin to listen to Brewer’s music. 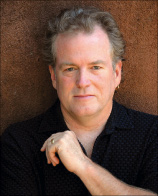 It is very clear that Brewer is a huge fan of film.

Brewer took his time in creating just the right music for Cinematic. This album required 12 years to create and produce.

Personally, I found the Black and White version of the album to be a bit on the boring side although the piano performances are extremely competent. I’m just not a big fan of solo piano.

However, any person who does really enjoy the quiet tones of solo piano will be thrilled with this disc. Even the piano solo enthusiast may feel, however, that there is a small sense of disjointedness in that the album is meant to be thematic yet there is a lack of flow from cut to cut that could have improved the overall quality of the production in my mind.

The Depth of Technicolor 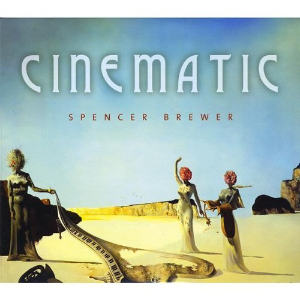 I found the Technicolor disc in the Cinematic set to be much more entertaining since it adds the depth of additional instruments to include an ensemble of very talented musicians.

Also, the arrangement of the cuts on Technicolor and the additional tunes not found on Black and White made this themed segment of the set more cohesive and flowing in my mind. I enjoyed this part of the set very much.

The great thing about Cinematic by Spencer Brewer is you get whichever version of the tunes you prefer. In fact, many will find that the solo piano is great for relaxing or background for entertaining while they may want to relax to Technicolor alone while focusing on the sounds of the various instruments.

I can not honestly say that Cinematic by Spencer Brewer will become one of my favorite albums for repeat listening, but I am certain I will listen to Technicolor many times when I’m in the mood for some background music. I, personally, will probably not repeat-play Black and White very often, but that is just my opinion, and others may find they prefer Black and White to the greater depth of Technicolor.

In any event, take the time to check it out for an addition to your music library.

To listen to samples visit Amazon > Cinematic by Spencer Brewer