Fly Through the Cosmos with the Cosmic Weather Report

Cosmic Weather Report: Notes from the Edge of the Universe, Guidance for Radically Changing Times was written by Mark Borax and Ellias Lonsdale and published by North Atlantic Books.

For someone who has deliberately remained ‘unplugged’ from the accelerating techno-carnival ride of apocalyptic America, Ellias Lonsdale, mystic provocateur and reconnaissance scout of the inner wilds, certainly has an accurate take on the burgeoning cult of deception that dominates society, the media, and the incessant inner monologue of modern mindlessness. 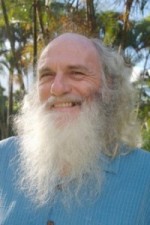 I sometimes introduce Lonsdale as the most famous astrologer you’ve never heard of. His explanation of himself: “I just never stopped being a hippy.”

Sans computer or cable TV, he nonetheless plumbs the depths of our contemporary world for that channel of passage we all long to find.

“Astrology saved my life.” He claims that learning the ancient craft rescued his mind from the thrilling dreams and dashed hopes of the ’60s, a period he recognizes as pivotal and a precursor to the 2012 era transitioning two great ages.

Mark Borax, co-author in this volume (but if they were a comedy team he’d be the straight man), learned the ways of the wizard from Lonsdale at Bonny Doon, a loose and non-organized intentional mystery school gathered around the magnetizing and noble visaged teacher in redwood country of the Santa Cruz mountains of Northern California during the ’80s and ’90s.

Lonsdale is still teaching, now in tele-conferences, private readings, and week long gatherings, from his home full of magical children in rural Hawaii. This book is a transcript of one of those teleconferences, yet it sparkles with freshness thanks in great part to Borax’s light editing hand and deft sensitivity to the startling material Lonsdale brings forth.

We are Becoming Another Way to “Be”

The news of the moment is: The person you think you are is a fiction that’s crumbling. His pants are on backwards. Her make-up is running. And we’re about to uncover another way to be.

Lonsdale’s words project gentle fierceness from an intrepid guide determined to help you find your original spring of clear water bubbling up from your soul. His soothing tenor voice, tinged with glee, is uncompromising in expectation that you can and do sense your primordial longings.

The way out of the game is to recognize that you’ve been keeping yourself down . . . It means opening yourself to the possibility of something deeply satisfying, creative and free becoming the new norm. 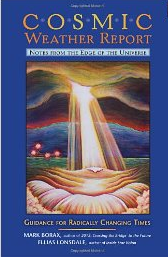 Our world is full of stories, narratives, received wisdom, clichés, mental clatter, bells going off, and relentless noise from internal and external traffic. Somehow, from all of this we cobble together a complex of stories we tell ourselves about who we are, what reality is, and what dreams may come.

From this cacophony of memory and judgment, under a blitzkrieg of sense bombardment and sales pitches we search for truth and love. If we’re comfortable in our home and at least some aspect of our life looks like it should be on TV, we don’t sweat or shake our leg too much in public, if our Facebook is full and our mate likes sex and the same movies, if there’s a pill for just what troubles us, then that’s it! We’ve arrived.

It’s this weird journey, where the one thing you’re most afraid of is that it’ll turn out that your life just can’t happen. That your dream, your Plan A, your love, your infinite reality is not going to manifest the way you hoped and wished and prayed and longed for. . . Reality is not going to do your bidding.

Lonsdale lives on the mythic breathy edge of reality, beyond the official reality with its path markers and road signs, holy books and self-help manuals, out where the air is thin and brisk, where quantum fields, not ordinary laws, apply.

“To live outside the law, you must be honest,” saith Bob Dylan. What Lonsdale brings to his writing and guidance is a loving challenge to make integrity of thought and perception the criteria for the stories we tell and the ways we interact. Cosmic Weather Report is incapable of deception. There’s a storm system being drawn by the low pressure of our soul and forced by the high pressure front of our mind. The tempest rages, its fury tearing at our hearts and the social fabric in this age between ages.

The Delusional Ideas About 2012

Borax, ever the consummate set-up man, asks, “I hear you saying that one of the most delusional ideas about 2012 is that we’re going to all become good and nice, and there’s gonna be no more darkness in the world. What I hear you saying instead is the path to the future runs through the heart of darkness.”

Your disowned darkness’ll get you every time. That’s what gives your adversaries life. That’s what animates them, charges them with force. That’s what draws them into your sphere. When you take your shadow back and work it, contemplate it, digest it and assimilate it, it loses its fearsome aspect, and so do your antagonists. It soon becomes apparent there’s no one here but everyone-in-me, all of us here together: shadow essence, bright essence, entering the same stage, same phase, same opening for new life to begin.

Cosmic Weather Report is punctuated by questions and experiences from participants and they bring forth tantalizing responses touching upon such topics as subversive spirituality and greeting our future selves. The book is eminently quotable from every page. Even the titles are delightful, such as Part Three—The Incredible, Contradictory, Impossible, Absolutely Marvelous Dance of Our Times.

What’s it like to fly through Cosmos while being right here on Earth? What’s it like to be alive in the body with all the senses aroused, with no wish to be gone from any of it, but a profound urge to share it and partake in it and be with it all.

The second sub-title on the book cover clearly defines the authors’ intent: Guidance for Radically Changing Times, wherein the reader is introduced to “The Great Human Experiment.”  Borax and Lonsdale are, to be sure, trained professionals, but they are definitely encouraging you to try this at home.