“Bindu” is Sanskrit, meaning “moment of creation or awakening.” This latest release in his Healing Sound Project—following The River, Ocean, and Gaia—gives listeners the sounds and inspiration for inner exploration and reflection.

With a PhD in psychology, DeMaria creates for his audience music and sound conditions that promote healing of the body, mind, and soul. Bindu is an album that complements therapeutic healing practices—such as meditation, yoga, or even massage—as well as provides soothing ambient music for relaxing, quiet evenings.

DeMaria is a psychologist and musician who promotes creativity in spirituality and healing. His Healing Sound Project is designed is stimulate listeners’ consciousness using sound waves and energy. Skilled with the keyboard and as a percussionist, DeMaria is best known for his talent with the Native American flute. DeMaria notes that the flute is “uniquely capable of expressing the soulful and heartfelt qualities that are so often missing in our world today.”

DeMaria has been recognized with Grammy nominations and several music awards, including his chart-topping album Siyotanka (Ontos), which won the 2009 Native American Music Award and the Zone Music Award for Best Native American Album. Ocean earned DeMaria the ZMR Music Awards of Best Ambient Album and Best Relaxation/Meditation Album of 2009. 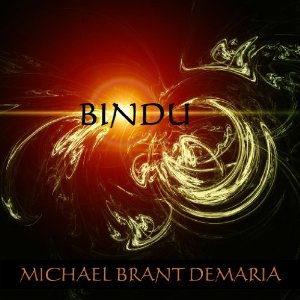 Demaria’s Bindu is an ambient and hypnotic blend of flutes, synthesizers, bells, keyboards, and electronic sounds, accented with choir voices. “Anahata” is my favorite track on the Bindu album. It’s a soothing song that can easily accompany breathing and meditation practices. Title track “Bindu” has an exotic mystery about it, while “Journey to Nowhere” enchants listeners into a calm state of reflection with its gentle and flowing sound. The chimes and piano in “Twilight” are mesmerizing and gentle, making it the perfect relaxation song.

You may also want to read a review of, click >  In the Flow