Improvising in the Dark: The Shape of Things Piano CD by Josh Johnston

Most music enthusiasts who enjoy sitting back and listening to some relaxing music have probably heard a large share of popular solo piano albums.

When I have the opportunity to listen to a new artist I have never heard before, I look for a quality in their compositions that offer something different than the last piano solo artist’s album.

When first listening to The Shape of Things (Shandon Records) by Irish pianist Josh Johnston, a listener needs to know that whole CD was recorded in one day and performed on a Steinway grand piano in the sanctuary of St. Peter’s Church in Ireland. There were no overdubs or editing. You can just imagine the sound filling this early 1800s church located in the town of Drogheda. But what is additionally impressive, is Johnston performed over half of the album’s compositions in the dark at the church without an audience. The sound quality has a very expansive feel.

I actually play much better in the dark. It takes more concentration and there are absolutely no distractions. I feel like I am in a meditative trance. I am totally communing with the music. I also find it very relaxing. The perfect method for me is to take a theme I have established and then get as creative as possible improvising around it.

At the time of the recording, it was in the middle of the winter and extremely cold and icy outside. Johnston shared that the environment affected his state of mind and his playing. Although each tune was from established themes—most his own—which he had played in advance, some up to ten years ago, Johnston improvised on each one.

The title of the album, The Shape of Things, is just me saying, let’s look at all the things that matter—ourselves, our relationships with other people, and the world at large. I feel the world is in a new and strange place right now, and everyone is a bit confused as to what is going on with politics, the economy, the environment, the future, you name it. So you may hear some sense of weariness and melancholy in this music, but I believe you will find it to be relaxing and uplifting as well. I hope it serves as a tonic for tough times. 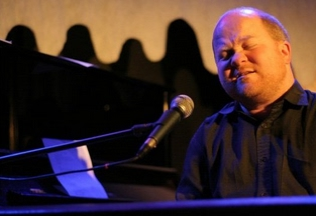 The album consists of five tunes that Johnston has been improvising on late in the night in the dark for the last decade. When you know his background you will understand why. Late at night after he would finish playing the organ or piano in the church—where he spent many years playing—he would turn out the lights and play for a couple more hours. He felt comfortable as he connected more deeply to the music.

“Peace (Nightsong 1)” is titled well with its soothing quality. “Nightsong 2,” “Nightsong 3,” “Nightsong 4,” and “A Light in the Dark of Night” were all played in the dark. Johnston shares: “The music is the beacon of light that shines through the dark and is very comforting to me.” I found my experience was similar. When I turned down the lights while listening to his piano music I felt a soothing lightness, and could imagine I was sitting by myself on a pew in the church as a specially-invited guest.

Straight From the Heart 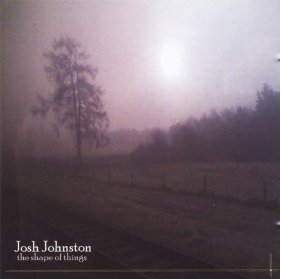 I really like the tune “Missed Her On the Road.” I easily created a story in my mind as I listened, and I felt very connected to the pauses and impressions of each note.

In most of the songs you’ll hear a bit of old Irish melancholy, and an impression of wistfulness and even weariness at times, as Johnston stated. This is a special new age piano solo CD that is worthy to add to your music collection. I feel that Josh Johnston comes straight from the heart. I know he has a background in swing-jazz, folk, pop and also progressive-rock. So, I look forward to listening to more of his music in these various genres. I think most anyone who enjoys piano solo music will really enjoy having a copy of the The Shape of Things CD.

To listen to Samples > The Shape of Things MP3 Downloads