Are you concerned that your toddler may be a-neurotypical, and not receiving the appropriate attention? Some disorders along the autism spectrum are not always obvious to parents. Nonetheless, whether your child is high functioning or in need of special care, the earlier the diagnosis – the better prepared both you and they will be as you learn to navigate through the condition. Because children’s minds hold great elasticity in their formative years, this is also the period of time where they’re likely to make the most progress.

Sophisticated screenings can determine symptoms of autism as early as 12 – 18 months, and studies show that early intensive behavioral intervention improves learning, communication and social skills in these young children; resulting in a better overall outcome and responsiveness to treatment. 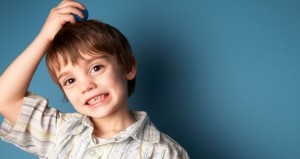 As a parent, it is important to notice the signs and symptoms of ASD (Autism Spectrum Disorder) so that you can make the best decision for your child. These include a lack of smiling or other warm, joyful expressions, and muted reactions to stimuli such as sounds and facial expressions. Children with the condition may not make speech sounds, or engage in back-and-forth gestures such as pointing, showing, reaching or waving. At 18 months, they may not have said their first words yet, or learned to formulate meaningful phrases by the age of two years.

Once receiving an ASD diagnosis, you’ll be directed to several professionals who can begin to work with your child, creating a comprehensive plan to tackle developmental delays as they appear. Psychologists, speech-language pathologists and occupational therapists will address the areas your child needs the most attention in, and outline clear goals for them throughout treatment.

Many children on the spectrum benefit from attending elementary school or preschool with their neurotypical peers, such as those with the milder diagnoses of Asperger’s’ – giving them a laboratory where they may practise what they’ve learned in therapy. What children on the autism spectrum have in common is difficulty communicating and relating to their world and others in it. By recognizing the challenges a child faces early on, the potential to combat these challenges is greater. The sooner they begin therapy, the sooner they can also implement the tactics taught to them in their daily lives at home and in the classroom.

For a diagnosis, you can contact your local speech-language centre, or centre for developmental disorders. If you’re situated in the GTA, Simone Friedman SLS is one clinic that specializes in working with children on the spectrum and can conduct ASD testing on children as young as 18 months. The Simone Friedman autism treatments in Toronto can help not only diagnose your child’s specific challenges, but can chart a path to early treatment and mitigation.

An autism diagnosis, while it may be overwhelming, does not necessarily mean your child will lack opportunities. Rather it means they require extra care to ensure their brains learn to recognize and comprehend certain signals and social cues, enabling them to live life to the fullest. Studies have also shown that young children participating in rigorous therapy have been able to reverse more severe diagnoses to milder ones – making it difficult to tell from the outside that they are a-neurotypical to begin with.