The story of the legendary Lakota Sioux warrior Crazy Horse would be best told live, in person, perhaps at night around a campfire amongst many who already know the particulars and young ones eager for inclusion in the greater world of oral tradition and myth.

Perhaps the next best thing is this definitive account by Joseph M. Marshall III telling the tale in his Audio Book production from Sounds True, a six CD set.

Marshall was raised on the Rosebud Sioux Reservation, speaks Lakota, and is honored among his people as a master storyteller.

I had downloaded the CDs onto my iPod for a long plane ride across the Pacific Ocean.

Once the talkative 60-something divorcée in the next seat had finally settled face down on the tray table after 4 quick bottles of Merlot before dinner, I dialed up Marshall’s mellow tenor voice.

I finally was able to settle back to listen to the telling of a legendary figure who may have gone unremarked in his humble approach to living had his circumstance, and that of his people, not been steeped in grand tragedy.

Victors may write history, but myths and legends emerge from the people. The Lakota Sioux, one of the greatest of the Plains Indian peoples met the incursion of white settlers in the years during and after the Civil War when the forces of the Union Army, the cavalry brigades, were perfecting their hideous techniques of total war. 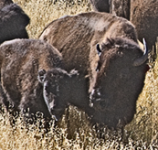 In the case of western native peoples this meant not just battle against warriors who rode out to meet the columns of cavalry, but devastation to the buffalo, the crops and villages, the languages, songs, dances and especially the children of succeeding generations.

Marshall tells this history with admirable frankness and restraint, immersing the listener in rich detail bringing to life a complex and elegant culture.

We feel in this contemporary voice the spirit of Crazy Horse, and his indignation at the heart breaking deception, contempt and lack of compassion in the white man’s onslaught.

And thus the wisdom of Crazy Horse emerges, not in memoir, for this is still an oral tradition at which Marshall is brilliant and engaging, but in the story of the manner in which Crazy Horse chose to conduct his personal life, inspire his people, and lead with brilliant adaptive military strategy and fierce courage.

With Marshall’s telling of the story, preserving it for a wider continuing audience, powerful metaphors are crafted that may be used to mold other lives in adversity.

Today we live in a collapsing society amidst cultures bereft of wise solutions to their conflicts, where acquisition and fame are measures of greatness out of reach for a humble child.

Two of the over six hours of audio are devoted to the biography of Crazy Horse (His Horse is Crazy was his actual name), where we learn what an odd child he was, with light reddish hair and somewhat pale skin.

After witnessing the murder of Lakota Chief Conquering Bear in 1854, the sensitive teenager began to have trance visions.

His father took him on a vision quest into the sacred Black Hills where he met the wakiyans, Thunder Beings, and was shown how to protect himself with medicines and paint, and his horse with a black stone.

Given a song that is still sung to this day, he was told he would be a protector of his people.

Crazy Horse began to live his life in complete integrity as he had seen his destiny. He was now a Thunder Dreamer and must be above reproach and “walk the path of giving as opposed to gaining.”

However, Marshall claims the great warrior never fulfilled his destiny because our ultimate destiny is to become wise, and Crazy Horse died too young. 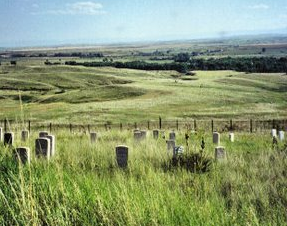 Today Crazy Horse is best known as one of the fearless warrior leaders who defeated General Custer at the Little Big Horn River.

Though he had been honored with over 100 eagle feathers for courage and sacrifice, he never wore them, preferring deeds over honors.

Fascinating and engaging as this richly detailed history is, the spiritual wisdom embodied by the life of this “wica,” complete man, is what make this story worth studying and remembering.

Crazy Horse’s greatness and legacy are to be found and taught in the impeccable manner with which he conducted his life.

Here Marshall is at his best weaving an elaborate tapestry of Native American Spirituality where Indians view the land and waters, all creatures and plants as honored relatives rather than with the appalling attitude of the invaders who still treat the world as a commodity.

Humility, compassion and courage can be seen as foundational to the make-up of this “shirt wearer,” one who puts the welfare of the tribe above his own.

These are as appropriate today as any era.

Traditions and Myths of the Lakota People 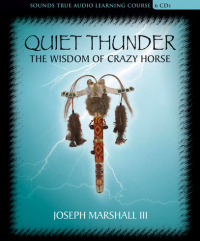 There is much universal wisdom embedded in the great oral traditions and mythic stories of the Lakota people.

Joseph Marshall lll does us all a great service in this honoring of the teachings of his people within the life story of Crazy Horse.

“He was much more than the legend. He was a quiet, humble man born into a time of turmoil and revolution.”