The Ringing Cedars Series: Book One – “Anastasia” by Vladimir Megré

I was extremely excited to read the Ringing Cedars series.

I had spent time on the Ringing Cedar’s web site.

I read the blurbs for all books in the series and had noted that, from what I read, Anastasia was similar to myself.

I also lie upon the Earth holding my hands the same way as depicted in the Book One – Anastasia, and feel the tremendous vibration surge that flows into them from below, I speak to plants and I believe in the power of co-creation … that Nature is the source of all needs.

Our Interconnection with Each Other and Source 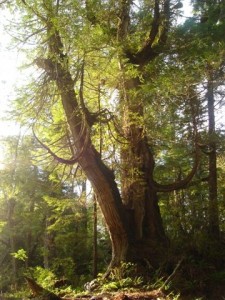 Anastasia, Vladimir and Nature; especially the Ringing Cedars all serve to explore their connection with each other and the Source.

The views of civilized man are represented in Vladimir, those of the way of the Earth in Anastasia and the universal laws of co-creation are Nature’s role.

Their journey begins when she agrees to show him the ringing cedars.

The Gift of the Cedar Tree

Here, in the remote and isolated regions of Siberia, like Vladimir, we learn that “God created the cedar to store cosmic energy, to store all of the bright energy and then, at the right moment, give it back.”

When good and loving energy has depleted, Cedars “ring” (around age five hundred) to announce to Man that it is time to make use of their stored energy and for goodness to return to where it is needed.

I was so moved by the story of the Cedars. Undoubtedly, the Book One – Anastasia provides the most profound example of the love the Natural Kingdom bestows upon us that I have ever come across.

Humanity is offered a piece of all consciousness by these trees. How could one not be silenced by the reverence of this action? More than anything, I want to feel these trees and hold my hands upon centuries of understanding. I wanted to do this so badly as I read the pages that followed.

Anastasia Points Us Back to Nature 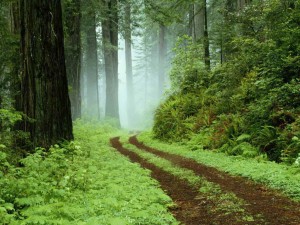 What could a woman from the wild Russian realm teach a civilized man from the real world?

Anastasia calls herself “Man;” a generic term to imply human being and not gender and with this classification, she explains that Man has forgotten the true way to live, that technocratic society has removed the relationship that exists between Man and Nature.

Convention and dogmas have been so deeply planted within the brain that Man has lost his way and allowed the forces of darkness to prevail.

I could not agree more. Anastasia imparts real “sense” as she highlights Man’s withdrawal from Source. It is these very dogmas that, I believe, will fight her words, her understanding, her wisdom, her truth.

Anastasia Reveals Many Things to Vladimir

Anastasia reviews many topics during her time spent teaching Vladimir.

She covers how we see and treat our children, their upbringing and intelligence, our obsession with sex, money and self gratification, the medicinal qualities of plants and how Nature can heal any human ailment.

She goes on to share how everything upon the Earth exists in service to Man, the laws of manifestation, telepathy and even alien spaceships and sources of fuel. Within every topic lies Man’s relationship and connectedness to Nature.

Vladimir learns to look at his life (and the lives of all within civilized societies), as do we, from a different perspective, one where Man has everything he needs to fulfill every need he has through his relationship with the Earth.

Vladimir’s Reacts to Anastaia’s Way of Being

One comment Vladimir made about Anastasia and what she was teaching him really struck me, “I thought how multifaceted her soul must be” and I hoped that he would approach this newness, this new way of being, from that level of understanding and insight, but he did not.

Perhaps Vladimir, at this stage, is unable to accept the differences that challenge his beliefs?

However, this is exactly how Anastasia is … an extraordinarily connected being whose understanding of every element within life is profoundly held within her consciousness and actions. Her soul is expressed through her presence with unlimited access to the all … the source of everything. Something we all have the ability to do. What an exciting prospect that is!

Anastasia presents ideas, situations, predictions and answers to Vladimir that are so far removed from any experience he, or we, have ever had.

She challenges everything he has ever known, believed, valued or taken for granted. So much so, that Vladimir retaliates with name calling, scoffing, condemnation and fear.

It is so easy to mock a strange idea or to call that which we don’t understand stupid and this is what we see in Vladimir. He has reactions; and lots of them. Like him, my own beliefs on some things were challenged greatly, whilst others were confirmed and extended in my understanding of them, particularly my relationship with the Earth … everything I ever thought, just made sense.

It became the most natural feeling I’ve ever had toward something and it made me long to live somewhere else. In fact, this book served to highlight the truth of my needing to move.

However, Anastasia also delivers many a judgement of her own.

She considers people and humanity to be either good or bad, to have the light or darkness within them, to be an evil doer or not.

Her views are equally as strong as Vladimir’s and she is just as relentless in pointing out that she is more right than he. Like him, she takes her experience as being the right one because it is what she knows.

Would we doubt Anastasia as Vladimir often does?

We simply do not understand her way of living because it is not in keeping with our experience and nor is it anything like the traditional dogma or paradigms we have been told all our lives, are right. 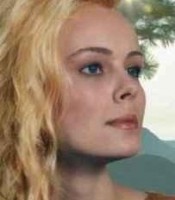 If something does not feel natural to us, then understanding it can be hard. So much of what Anastasia presents is different to most of our upbringing but how can that make it wrong?

The Mind that Holds Back

It was disappointing to read that, after Anastasia had asked Vladimir to not hold back, to in fact, write everything, he chose not to.

Vladimir only published what has been directly or indirectly supported by scientific, material and historical, facts. I was saddened to see him tied to his old ways after he had been exposed to such wonderful new ones.

This is not a book to be read from the mind. One’s heart must connect to the words and messages and then, well, a whole new awareness springs forth.

There is a warning regarding how to read this and the other books and honestly, it serves one well to heed it.

Let no artificial interference be present when you are reading. One’s consciousness cannot relate to unnatural things. Truthfully, it cannot.

What is Lost in Translation?

Not so much to add a criticism, but more to point out the complexities of languages, I imagine that this book (and the Series) would be an incredible read in their Native tongue.

Although it is with absolute necessity that the English version be filled with copious foot-notes, it does make for quite a challenge. These needed descriptive elements are distracting, cause the reader to re-read passages several times and detract from any flow the story would otherwise have.

I am hoping that the same level of backwards and forwards reading does not occur throughout the entire series. 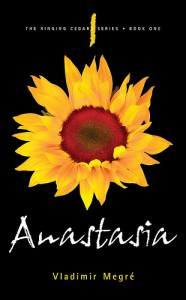 “Anastasia” really is just the beginning.

It is the much needed awakening for humanity and the bridge between what is and what we think has always been. It is all about feeling; not analyzing.

It is the gift that our Earth has awaited because it promotes our connection with and our awareness of, the self.